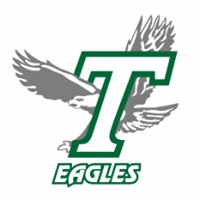 The Templeton high girls swim team won the Division II CIF Swim Championship over the weekend. The Eagles were the only school swimming for the title without having a pool.

They finished with 238 points, followed by Nipomo high finishing second with 179.

They almost canceled their season due to having no place to practice. The Eagles wound up training at the Paso Robles Sports Club throughout the season.

The Cal Poly Mustang baseball team swept Cal State Bakersfield in three games over the weekend. The Mustangs improve to 14-7 in the Big West. 27-20 overall.

In the PAC-12, #2 ranked Oregon State swept Oregon in four games this week.

Meanwhile, #1 Tennessee lost two out of three against unranked Kentucky, so the volunteers may drop out of first in the national rankings. The Beavers may take that spot today.